Top 5 most beautiful places on the Crozon peninsula

The Finistère is the westernmost department of the France. It looks like the region of Brittany at the end of the world. It has the particularity of being able to be cut vertically into three parts. The Leon country is in the north and the Cap Sizun, Bigoudento the south. In the middle is the Crozon peninsula. This natural theatre is situated between land and water. The peninsula is perfectly integrated into the Regional Natural Park of Armorique and evolves in the Iroise Sea. It consists of large valleys, sharp rocks and cliffs. The Crozon peninsula is becoming an important place to be in Brittany. Every year more and more people visit it. But what about the region itself? For a complete exploration of the region, a whole stay is appropriate.

A must-see on the Crozon peninsula: the Pen-Hir point 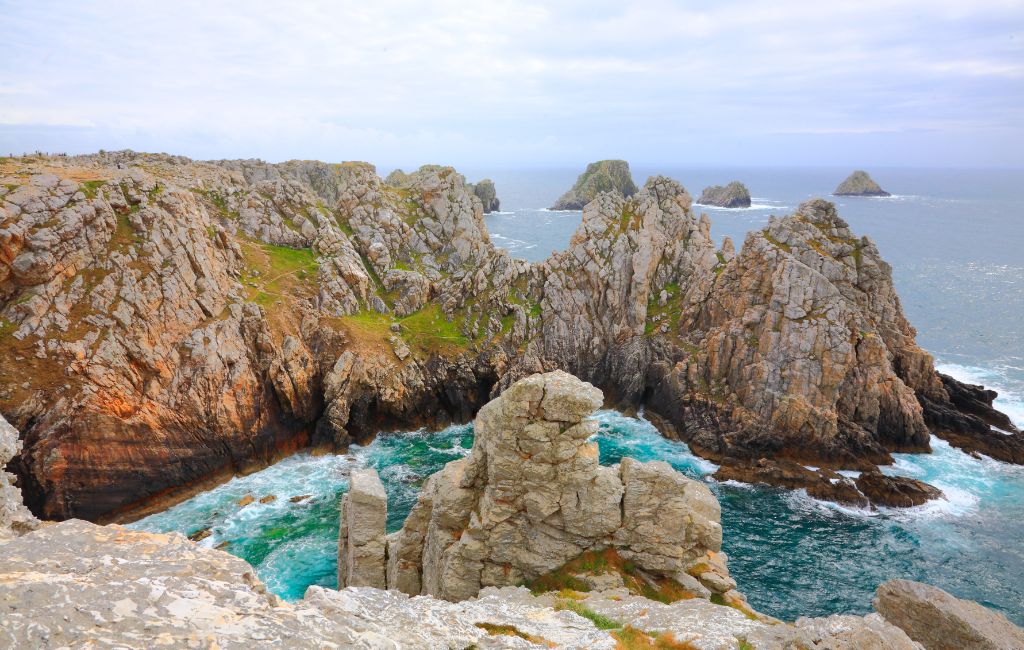 The pointe de Pen-Hirlocated in the southwest corner of the Crozon peninsula in the municipality of Camaret-sur-meris an amazing site that culminates at 63 metres above sea level. The Pen-Hir is considered to be one of the most beautiful spots in the Brittany. It is easily accessible by following the many paths along the coast. On a clear day, you can enjoy a breathtaking view of the Armorican sandstone cliffs overlooking the Iroise Sea from the tip Saint-Mathieu until the pointe du Raz.

What to do at Serre Poncon lake? 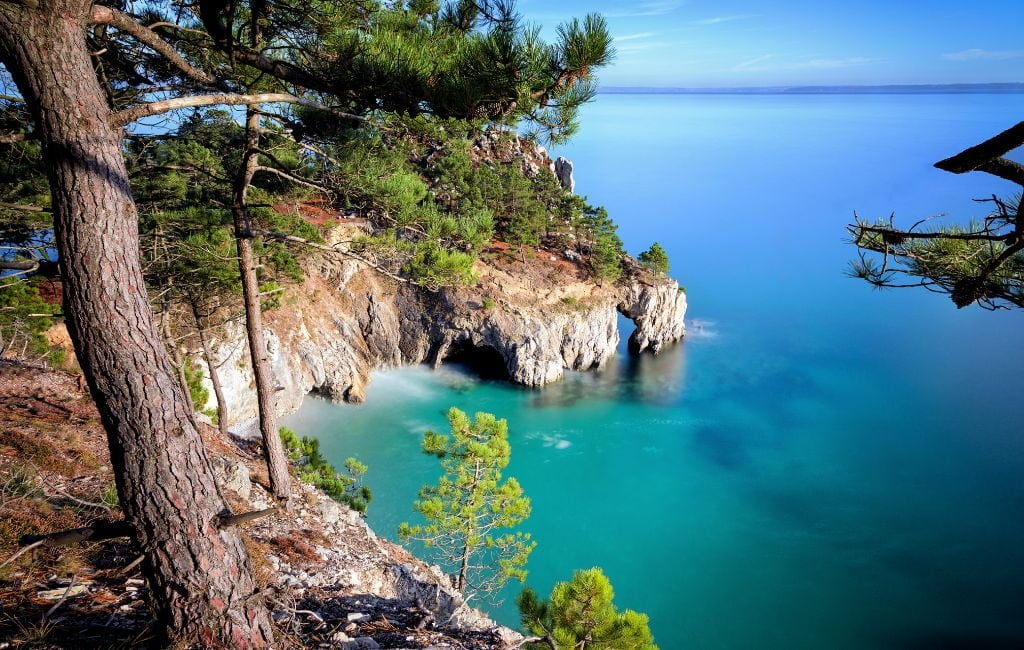 Are you ready to discover the most beautiful cove in Brittany ? The Ile Vierge beach is located at the Point of Saint-Hernot. Although it is a bit difficult to get to, the reward is worth it. The water is a stunning colour. The steep cliffs that plunge into the water are covered with pine trees. The fine sand of the beach gives it a Mediterranean rather than a Breton feel. This place is magic and is well worth a visit!

The Dinan point on the Crozon peninsula 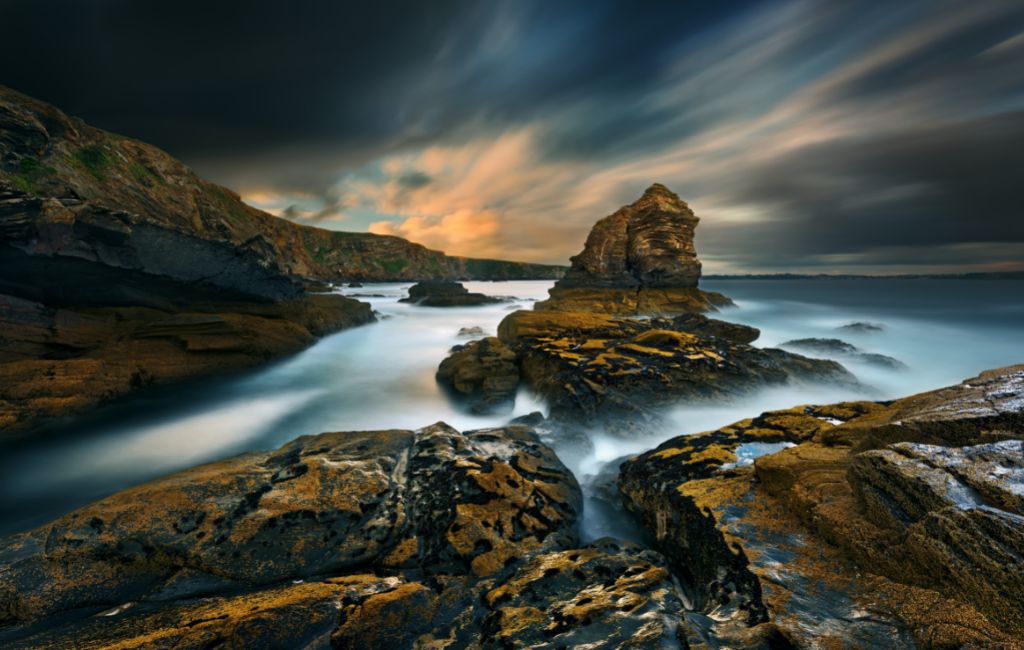 After seeing the virgin island beachI recommend that you visit the point of Dinan. This is easily one of my favourite places on the peninsula. It is best to have a large car as the car park is on a slope. Once you have parked your car, I recommend that you take the path to the left to bypass the tip of Dinan. The southern side of the peninsula will be visible. You can see the cliffs. There will also be small streams with amazing turquoise water. You can stop and rest on the many rocks. Your walk will last approximately 2 hours if you take your time and stop to rest. Although it is sunny, it is still very windy. 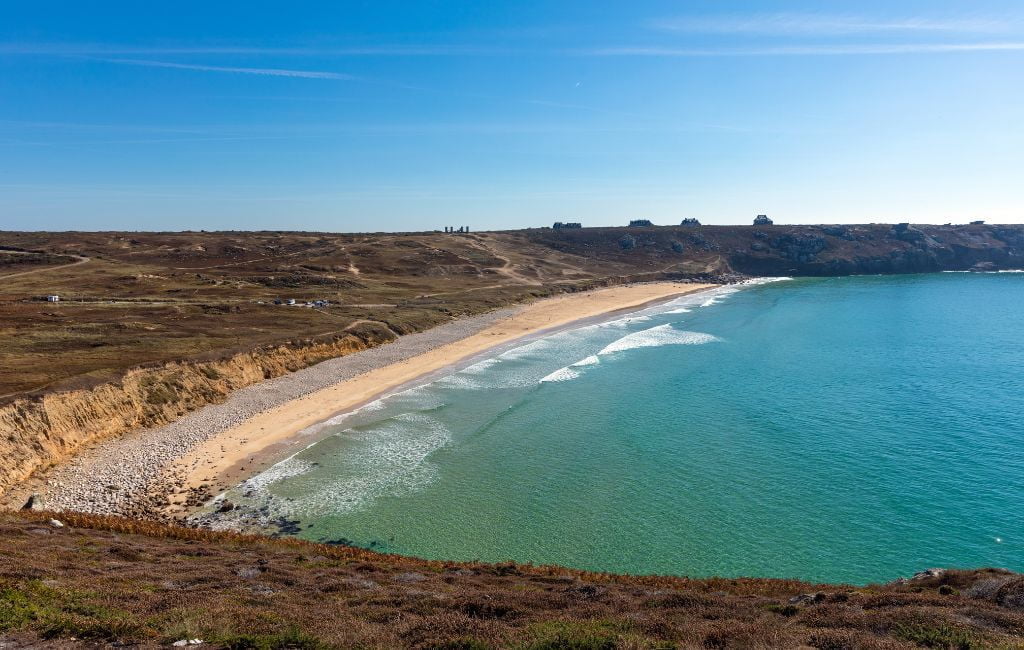 Let's explore the ocean on my favourite beach on the peninsula, Pen-Hat. It is located in the commune of Camaret and seems enormous at low tide. The calm and wild atmosphere of this beach is only broken by the sound of the waves.

Its water is coloured turquoise to emerald and is guarded by beautiful cliffs on either side. This is my favourite beach in the Crozon peninsula. 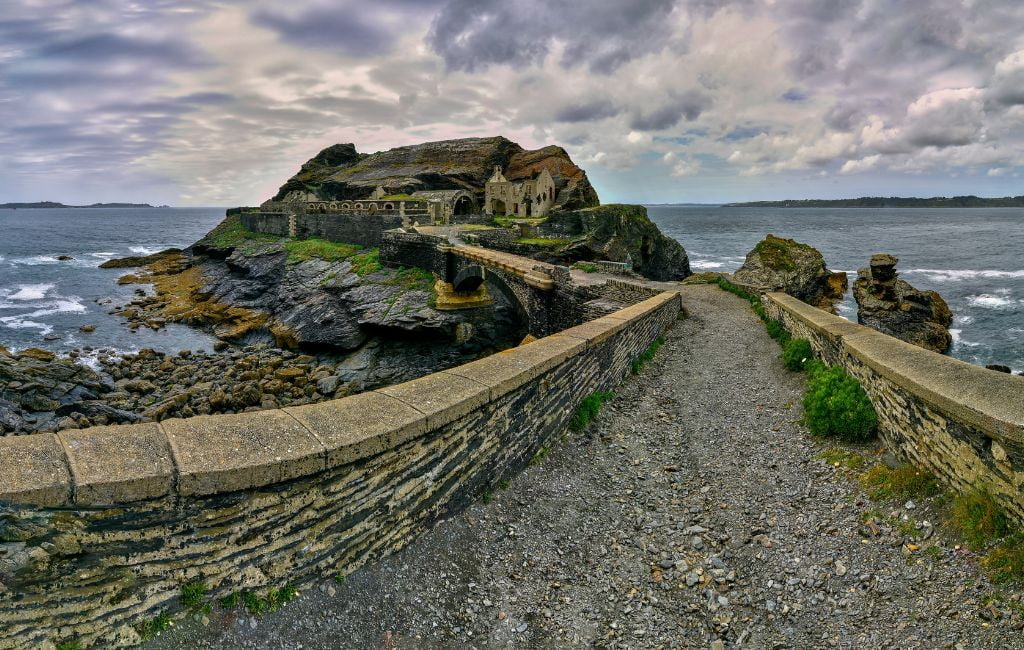 On the other side of Roscanvelyou will find the Capuchin Fort. It was built in the middle of the 19th century and placed at the entrance to the Rade de Brest. This fort is made of stone from the island and was built to control the passages to Brest and the whole of thecove of Camaret.

A arch bridge is the only land access to it. Today, the site houses an electrical plant, a small shop, cannons and a small railway that fed what was once a barracks. 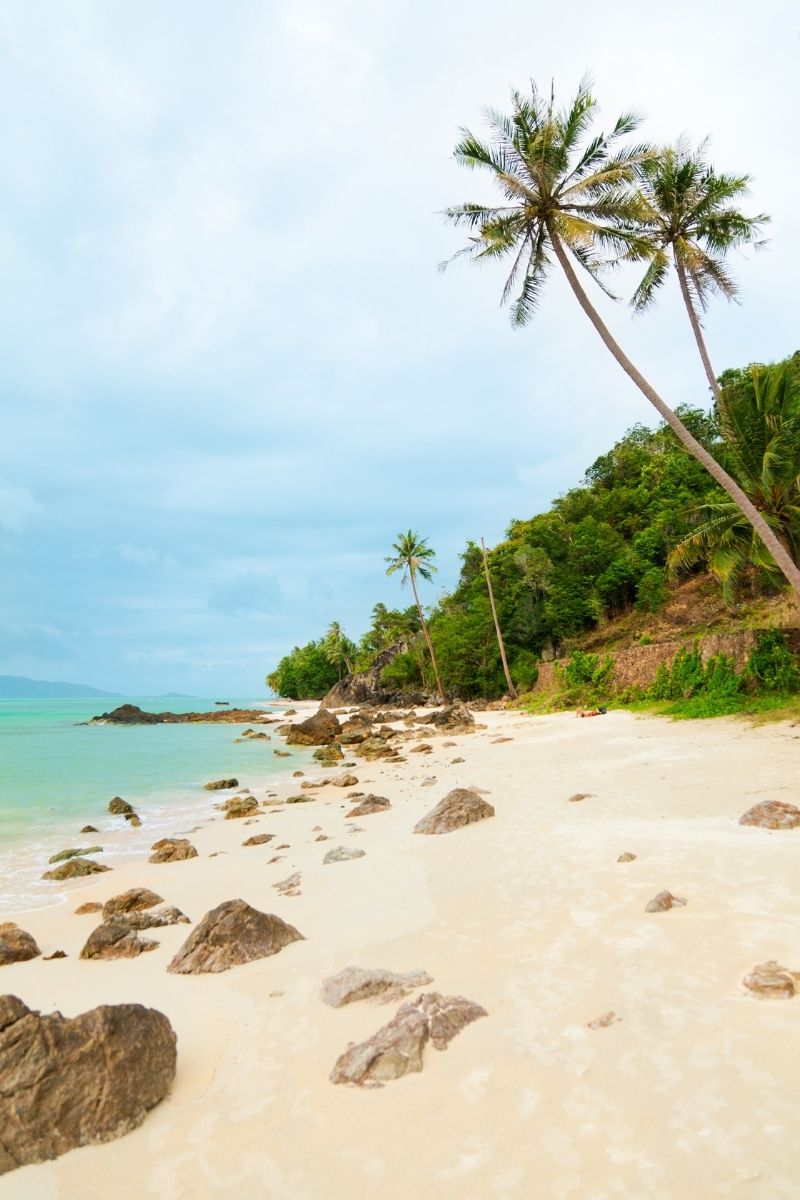